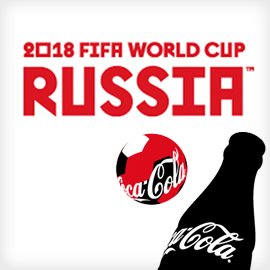 On the eve of the official opening of the FIFA World Cup 2018, sponsor Coca Cola commemorated the start of the globe’s most popular sporting event with the launch of its sustainability campaign.

Billions are expected to watch the World Cup and the company, which has admitted its role in the plastic waste problem worldwide, plans to use the visibility of the sporting spectacle to spread the message of a healthy environment.