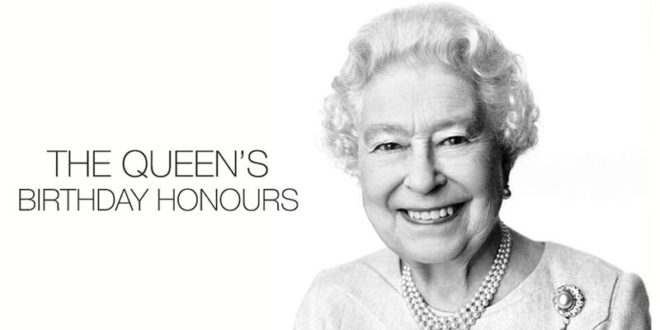 GIS – THE QUEEN’S BIRTHDAY HONOURS ARE GIVEN TO THOSE WHO HAVE MADE NOTABLE CONTRIBUTIONS.

In the presence of all invited guests, welcoming remarks were made by Solange Charles-Belizaire, Assistant Permanent Secretary within the Office of the Governor General.

“We are all gathered here today to witness the investiture of the recipients of Her Majesty the Queen’s Birthday Honours for June 2017 into the order of chivalry of the Most Excellent Order of the British Empire. The Most Excellent Order of the British Empire is the most recent amongst the sovereign orders of chivalry. It was first instituted by King George V, by letter patent dated June 4, 1917, to award efforts during the war effort by thousands of civilians and service men in support positions during World War I. Also associated with this honour is the British Empire Medal which was originally awarded for loyal and meritorious service by civilians and military personnel during the Great War over 100 years ago. Since its institution her Majesty Queen Elizabeth II has made subsequent alterations to statutes of ordinances of the order so that awards are now given to those who make distinguished or notable contributions in their own specific areas of activity or for achievement or services to their community or country.”

The ceremony’s closing remarks were made by the acting prime minister, Hon. Guy Joseph.

“On behalf of the honourable prime minister, and the Government of Saint Lucia, I extend congratulations to all recipients of honours, and your proud family and friends. You have our deepest admiration and respect for your service to our nation. This is indeed a high moment of celebration for us in Saint Lucia.”