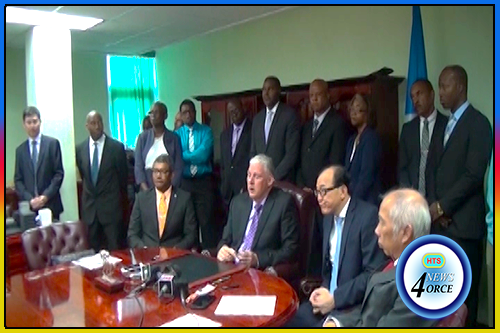 Saint Lucia’s chief investment agency Invest Saint Lucia [ISL] and authorities at the Citizenship by Investment Unit [CIU] have refuted assertions on the status of negotiations for the Desert Star Holdings [DSH] project.

The DSH deal said to be worth a reported US $2.6 billion dollars relies on revenue from the sale of Saint Lucian citizenships for implementation. DSH led by Teo Ah King have reportedly applied to Saint Lucia CIU and is pending approval.

ISL and CIU responded to the public speculation on the controversial DSH Agreement with the government. In a May 29th joint statement,

CIU and ISL is ‘clarifying misinformation’ in the public domain and has published the ‘facts’ on the status of negotiations with DSH.

Review the full CIU, ISL statement in the link below.