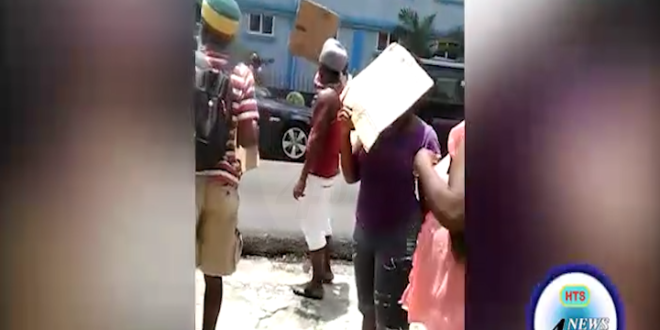 Castries vendors have made good on a promise to protest the removal of their trays and other belongings.

They say poor people trying to earn a living are the casualties of Mayor Peterson Francis’ ‘safer streets’ campaign.

The Castries Constituency Council (CCC) launched the campaign on Sunday May 13th, as part of a broader plan to make Castries a clean city.

The placard-bearing vendors marched to the mayor’s office on 15 May, demanding better treatment.

Speaking ahead of the march, Vendors Association president Peter ‘Ras Ipa’ Isaac said that vendors were concerned about their livelihoods.

Mayor Francis has said that there was adequate consultation with the vendors.

He says he is on a mission to clean up the capital and is determined to ensure that Castries is beautiful and safe for all.