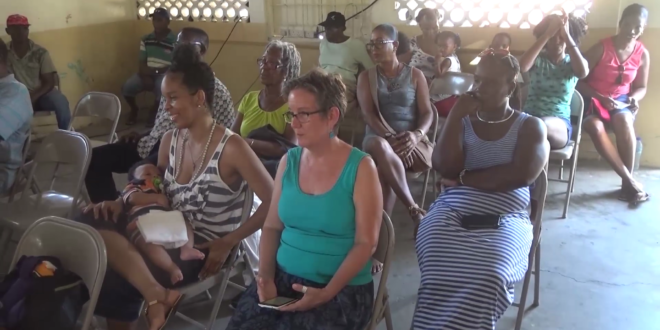 Member of Parliament for Choiseul Bradley Felix says the southern community is yearning for development and tourism can bring that much-needed growth.

He spoke to HTS News4orce on the sidelines of a public meeting on Sunday, organized by a group of concerned residents.

Choiseul is known for its craft and breathtaking scenery, but the community, like many others is in need of jobs for its youth and the type of investment that can spur growth and bring hope.

The Member of Parliament for the area Bradley Felix believes that tourism can be the game changer for Choiseul.

He spoke to HTS News4orce on the fringes of a public meeting organized by the community’s Sustainable and Well-Planned Development Group on Sunday.

There has been talk of a road diversion, the construction of a bridge – issues that have some residents a bit uneasy.

Felix says while he understands the concerns, nothing has been finalized regarding a road diversion.

The Fairmont is expected to open in late 2019 and boast 120-rooms, with 40 private residential villas.

The concerned group wants more answers and official word on whether there will be a road diversion. The MP is touting the project and the economic prospects for the community and investors; stating that it is the type of investment that can jump start economic activity. [Watch video]