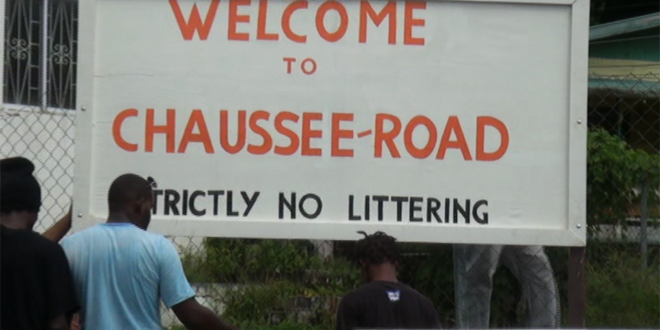 November 6 marked what inner-city residents and commercial enterprises hope is the beginning of the resurgence in commercial activity along one of the capital’s busiest streets.

Business owners situated along the iconic Chausee Road have formed an association in an attempt to wrest the community from the stigma of criminal activity and help restore the historical section of the city to its former glory by improving the aesthetics of the surrounding area.

HTS News4orce spoke with Callista McLawrence owner of a Chausee Rd drug store. McLawrence is one of the founders of the Association that calls themselves CROBA – Chausee Road Owners of Business Association.  CROBA said a deal has been brokered with members of the troubled neighborhoods that border Chausee Rd. The peace treaty has been two years in the making.

The new thrust toward Chausee Road empowerment comes after a long running struggle with crime and violence that has benighted the community. In recent years, Chausee Road has become synonymous with territorial gang violence that has resulted in death and injuries. The Chamber of Commerce did remark on the prevalence of criminal activity along the bustling stretch of commercial real estate in the inner city – that has discouraged local commerce.

The move has been endorsed by Castries Mayor Peterson Francis, who was on hand to witness the unveiling of a new Chausee Road plaque intended to raise awareness on the objectives of the Association.