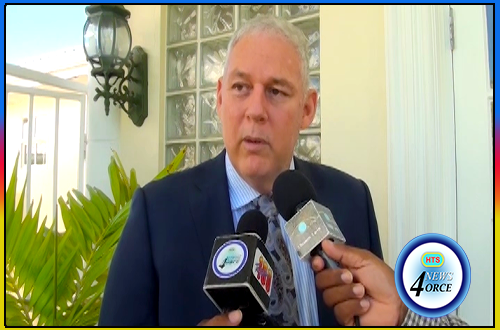 Chastanet Is No Trump

2016 was a year of political upsets – the sweeping into office of the republican nominee in the us and the united workers party in saint lucia led to parallels being drawn between donald trump and allen chastanet.
A tough online audience went a bit further and declared the saint lucian leader the ‘tropical trump.’
Chastanet says he is aware of the comparisons, but as far as he is concerned any similarity with the us president ends with their business experience.