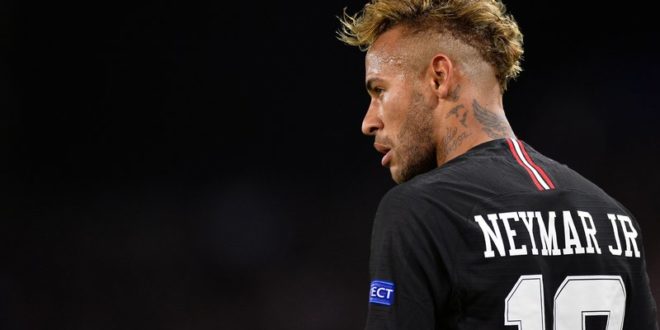 In a one-sided contest, Neymar set the hosts on their way with an exquisite free-kick which found the bottom left corner from 25 yards out.

The Brazil forward doubled PSG’s lead less than three minutes later as the visitors attempted to regroup – guiding a close-range effort into the roof of the net after exchanging passes with Kylian Mbappe.

Edinson Cavani’s deflected strike made it three and Angel di Maria flicked Thomas Meunier’s cross in for a fourth goal before half-time.

PSG began the competition with a narrow 3-2 defeat at Liverpool but back in Paris, and with Italian midfielder Marco Verratti restored to their starting XI after suspension, this showing was a reminder of the firepower at Thomas Tuchel’s disposal.

Despite a determined start, Red Star manager Vladan Milojevic was forced into changes of personnel and tactics at the interval in an attempt to avoid embarrassment.

However, the second period continued in the same fashion as the first.

On his 50th appearance for PSG, Mbappe received his reward for a fine individual performance by finishing off a sublime move involving Neymar and Juan Bernat to record his 27th goal for the club.

Former Germany international Marko Marin got the Serbian side on the scoresheet with a powerful drive but Neymar had the final word with another superb free-kick.

It ensured he completed his second ever Champions League hat-trick, after one for Barcelona in their 6-1 group stage home win against Celtic in December 2013, and also became the joint-highest scoring Brazilian in Champions League history, level with Kaka on 30 goals.