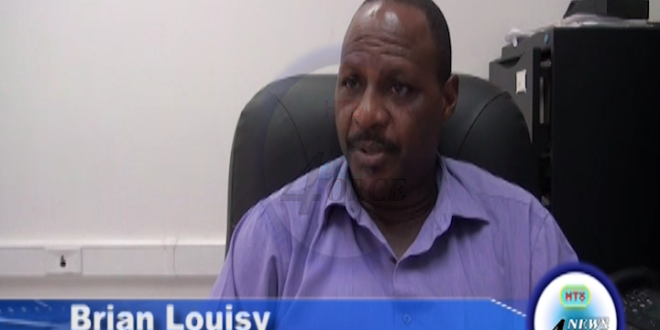 [Press release]  With the objective of getting a clear understanding and appreciation of how Government intends to pursue specific initiatives of interest to the membership, the Board of Directors of the St. Lucia Chamber of Commerce Industry and Agriculture met with the Honorable Prime Minister on Thursday May 10th, 2018.

The Prime Minister was joined in the Meeting by Minister of Infrastructure Hon. Stephenson King, Senior Officers of the St. Lucia Air and Seaports Authority and Senior Technical Officers of the Ministry of Finance and the Ministry of Economic Development. The Minister of Infrastructure elaborated on the plans for and approaches to be taken with the major Infrastructure Projects and also provided information on the status of some of those major initiatives. SLASPA officials shared information specifically on the development of the Hewanorra International Airport Project.

The Honorable Prime Minister explained the Government’s approach to addressing the challenges related to the St. Judes Hospital construction and the operationalizing of the Owen King European Memorial Hospital. In addition there was meaningful exchange around the proposed introduction of National Health Insurance.

The Chamber shared with the Prime Minister and accompanying delegates, its profound desire that Government utilize an effective process to arrive at its final decision on the way forward with the Health Sector Issues. The Chamber suggested a transparent process which would include effective engagement with all stakeholders and with consideration being given to all options.

The Chamber further advised that all of this should happen within a system of strong Governance, while respecting the social, financial and economic imperatives facing the economy. It was agreed, in light of the profound interest of the Business Community in the proposed National Health Insurance Program, that the technical personnel of the Ministry of Health, will make a presentation on the subject to Chamber Members at a Quarterly General Meeting scheduled for May 24th, 2018.

The Prime Minister also pledged to share with the nation, an independent report and assessment by Government technocrats after receipt of a review by the Pan American Health Organization on the St. Judes Hospital matter, which is due by the end of the May, 2018. Meanwhile the Chamber agreed to meet with the Ministry of Finance to help reignite efforts at advancing the process leading to the implementation of the long awaited Port Community Single Window.

It was agreed that more regular meetings be held between the Prime Minister, other Ministers and their technical teams and the Chamber. These meeting will form an effective medium through which, critical information can be shared, awareness of all sides can be improved and ideas, where necessary, can be shared. Additionally, these meetings could also serve as a period of accountability, something the Chamber believes could be of mutual interest and value. The Prime Minister confirmed his commitment and that of his Government to the Chamber, to meet and discuss all relevant issues.