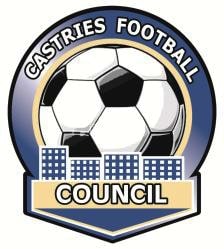 Press Release- The ninth (9th) edition of the CFC LUCELEC / BOSL Youth League will kick off on Saturday morning at the SAB playing facility from 9:00 am.

This tournament is the preeminent local youth football league and once again it will provide the opportunity for over three hundred (300) youth footballers ranging in age from ten (10) to seventeen (17) to compete across four (4) age division.

With the exception of the 2017, legacy sponsors Saint Lucia Electricity Services (LUCELEC) and Bank of Saint Lucia (BOSL) have been the titled sponsors of every edition of this tournament which allows youth teams associated with the Castries Football Council to compete over a three (3) month period annually.

The CFC LUCELEC / BOSL youth league will involve youth teams from the following affiliates of the CFC;

Teams will compete in the U11, U13, U15 and U18 age divisions. The tournament opens at the SAB on Saturday with a brief opening ceremony and march pass of teams. Representatives of the CFC, the sponsors and SLFA are expected to addresses the teams and spectators in attendance. Following this, on field action starts immediately.

The following matches will be played;

Saturday from 10:00 am
U11 Division;
Valley Soccer Club vs Flow Lancers FC

U15 Division from 11:00 am
Flow Lancers FC vs Valley Soccer Club
VSADC Pinehill U15 vs FC Pioneers

Sunday from 10:00 am
U13 Division;
Valley Soccer Club vs VSADC Pinehill U13 Sharks
Flow Lancers FC vs FC Pioneers

Parents and football lovers are all invited to the SAB playing field to support the young footballers.