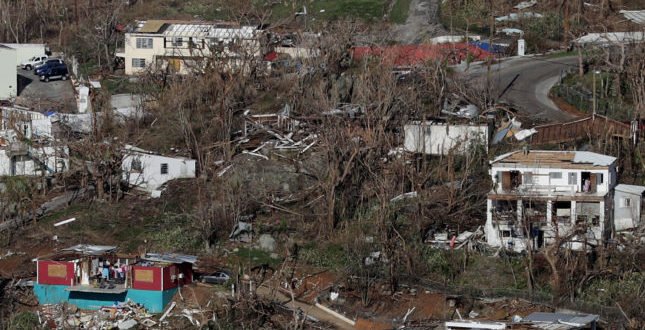 (Press Release) The Caribbean Development Bank (CDB) and the Pan American Health Organization (PAHO) have signed an agreement to enhance capacity for mental health and psycho-social support in disaster management in the Caribbean.

“Despite the high vulnerability of the Region to these types of events, too often we have approached recovery and rehabilitation efforts by focusing on infrastructure and physical mitigation plans only. While ‘building back better’ is indeed necessary and critical, there is also a need to prepare populations to better cope with natural hazards by focusing on mental and psycho-social well-being. Strengthening social and individual resilience is — and always should be — a key component of any response to disasters,” said CDB’s Vice-President (Operations) Monica La Bennett.

“As we begin the 2018 hurricane season, we are pleased to launch this project and partnership with CDB,” said Jessie Schutt-Aine, PAHO’s Subregional Program Coordinator for the Caribbean.

“It is imperative that we support our Member States’ preparedness and response efforts. Mental health and psycho-social support need to be part of this process,” she added.

The Barbados-based lending institution said the project aims to build capacity for mental health support within the health sector through regional and in-country training within the sector, as well as with agencies outside the sector, and the broader community.

In addition, the project is expected to lead to the establishment of a roster of mental health professionals in the Caribbean, who can be mobilised to affected countries in the event of an emergency.

The CDB also said that a communications campaign will be developed for rollout during the Atlantic Hurricane Season, to increase awareness and acceptance of the need for mental health services in the aftermath of a disaster.

Special attention will be paid to emphasising the different needs of various groups that are often at greater risk during a disaster situation, such as children and adolescents; women; the elderly; indigenous people; those with pre-existing mental disorders; migrants; the disabled; homeless persons; and those living in shelters.

Meanwhile, PAHO’s sub-regional programme coordination office here, will be responsible for the overall management and coordination of the project. It will be implemented over an 18-month period on a regional scale and also in five of CDB’s Borrowing Member Countries, some of which were affected by Hurricanes Irma and Maria in 2017.

CDB and PAHO will contribute a combined total of approximately US$470,000 towards the project.