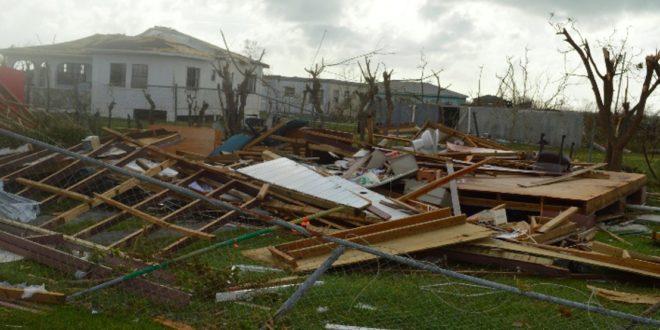 Preliminary calculations of the payouts for each country are:

CCRIF is verifying the payout calculations and is in discussion with the three governments about
making arrangements for transfer of these payouts, which will be completed within 14 days after the event – as mandated by CCRIF’s operational guidelines.

Anguilla and St. Kitts & Nevis also have Excess Rainfall (XSR) policies and CCRIF is assessing if these policies were triggered by the rains from Hurricane Irma, which may possibly result in a
second payout under those policies. The assessment under the XSR policies will be determined in the next few days.

Hurricane Irma, now recognized as the most powerful Atlantic Ocean hurricane in recorded history, passed through the Leeward Islands as a Category 5 hurricane with maximum sustained winds of 185 mph (300 km/h) and intense rainfall. Irma remains a strong storm and CCRIF continues to monitor the hurricane as it passes through the northern Caribbean and is also following the path of Tropical Cyclone Jose.

CCRIF urges Caribbean residents and visitors in the projected path of these two storms to take continued precautions as it makes its way through the region.

The CCRIF Board will meet shortly to determine additional support that it can offer countries
affected.

“The CCRIF Board and Team offer condolences for the
loss of life and hope these funds will provide some assistance. We stand ready to support the
Government and people of these CCRIF countries as they recover from the effects of this
devastating hurricane”.

Since the inception of CCRIF in 2007, the facility has made 22 payouts for hurricanes, earthquakes and excess rainfall to 10 member governments totalling approximately US$69 million. The current payments will bring the total to approximately US$85 million. Last year CCRIF made payouts totaling US$29 million to four countries after Hurricane Matthew.

About CCRIF SPC
CCRIF SPC is a segregated portfolio company, owned, operated and registered in the Caribbean.

It limits the financial impact of catastrophic hurricanes, earthquakes and
excess rainfall events to Caribbean and – since 2015 – Central American governments by quickly providing short-term liquidity when a parametric insurance policy is triggered. It is the world’s first regional fund utilising parametric insurance, giving member governments the unique opportunity to purchase earthquake, hurricane and excess rainfall catastrophe coverage with lowest-possible pricing.

CCRIF was developed under the technical leadership of the World Bank and with a grant
from the Government of Japan. It was capitalized through contributions to a Multi-Donor Trust
Fund (MDTF) by the Government of Canada, the European Union, the World Bank, the
governments of the UK and France, the Caribbean Development Bank and the governments of
Ireland and Bermuda, as well as through membership fees paid by participating governments.

In 2014, an MDTF was established by the World Bank to support the development of CCRIF SPC’s new products for current and potential members, and facilitate the entry for Central American countries and additional Caribbean countries. The MDTF currently channels funds from various donors, including: Canada, through the Department of Foreign Affairs, Trade and Development; the United States, through the Department of the Treasury; the European Union, through the European Commission, and Germany, through the Federal Ministry for Economic Cooperation and Development.

CCRIF is celebrating its 10th anniversary this year – 2017.