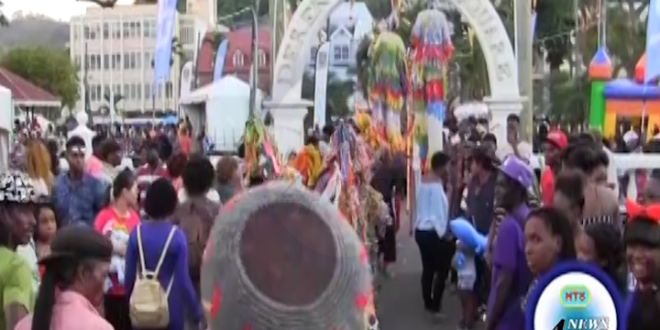 Principal organizers of the 2018 Assou Square festivities at the Castries Constituency Council are once again hailing the new year celebrations a success despite financial losses.

Officials at the CCC presented the findings of a post mortem on the annual event at a media conference on Friday.

Marketing manager Gemma Thomas says a number of achievements were recorded which include a huge turnout and general public safety.

Thomas also gave an overview of the financial performance of the event. Organizers were not able to breakeven; incurring loses well over of over one hundred thousand dollars.

This was attributed to the added attractions and features at the event. Apart from the positive review, the ccc roundly condemn and dissociated itself from a less than family-friendly performance during the set of one of the acts on the entertainment card.

The December 31st to January 2nd event was staged for the first time by the CCC. It included the traditional fair – games, entertainment, displays, rides, and treats.