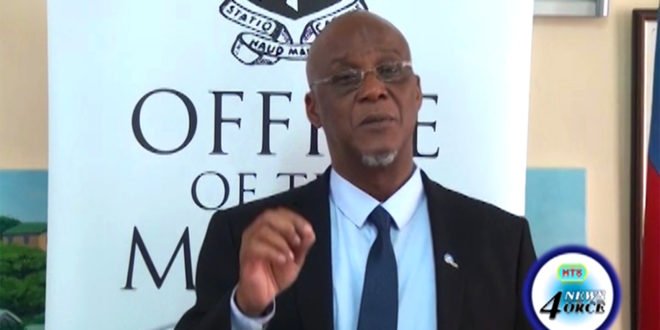 [Press release] The upcoming Executive Luncheon of the St. Lucia Chamber of Commerce is stirring up excitement among users, workers, residents and property owners in the City of Castries.

The Mayor who has been the subject of much press coverage due to his assertive program of revitalizing the City of Casrties is the June Speaker at the monthly Chamber event.

“I am determined to reviatilze and return Castries to its pride of place” says Peterson Francis, who grew up not far from the City Hall in the middle of Castries.

His plans which he will be sharing, seeking feedback and more importantly, seeking support for, from the “Captains of Industry” are bold and pragmatic in their stated objectives.

Cleaning up the City of Castries, making the City Safe for residents, workers and property owners, returning rule of law and order to how and what is done in the confines of the City and making Castries more functional as the center of business, government and increasingly tourism are all objectives being articulated by the Mayer and his Constituency Council which is what driving his efforts.

Chamber Members, users of the City especially owners of property are encouraged to attend the Lunechoen and engage the Mayer on his plans and your concerns. The work has begun and the momentu for change is picking up, so it is timely that all who will be impacted get involved in the conversation and become more aware of the plans for the City of Castries.

The Castries Coustituency Council under the stewardship of Mayor Peterson Francis, and his team will address the Executive Luncheon on June 7th 2018, from 12:30 p.m. at the Bougainvillea Conference Room, Bay Gardens Hotel.

All are invited to join in this most exciting and informative Luncheon by contacting the Chamber to register via email at info@stluciachamber.org or via telephone (4523165).