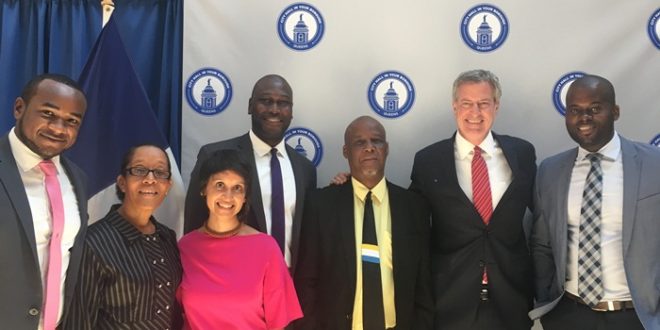 Mayor of the City of Castries, His Worship Peterson D Francis has commenced a series of meetings as part of an official visit to New York City.

Mayor Francis and his delegation, which include Chief Executive Officer Anselma Calderon and Press and Communications Manager Jason Hullingseed, left the island on Thursday July 13, 2017 for New York City.

The series of meetings are part of planned strategies to create strong partnerships and to build linkages all in an effort to improve and develop the City of Castries.

Mayor Francis and his delegation will return to St. Lucia on Thursday July 20, 2017.