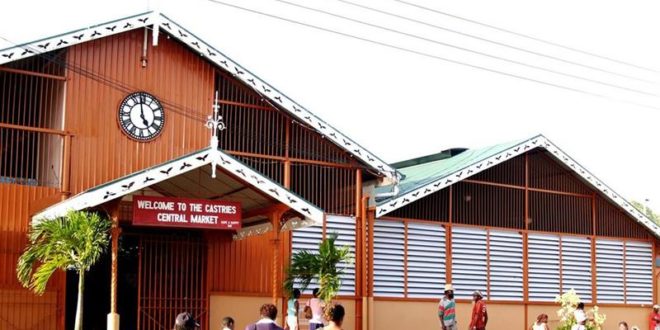 GIS – THE FACILITY WILL BE THE SHOWPIECE FOR SAINT LUCIAN PRODUCTS.

The Castries market will, in the coming months, undergo some major rehabilitation in keeping with government’s overall redevelopment plan for the city of Castries.

Prime Minister Hon. Allen Chastanet, in articulating the government’s plan to develop the city, said the Castries market forms part of that plan, and that improvements to the decades-old facility are long overdue. Built in 1891, the Castries market is well known by locals and visitors alike for food, souvenirs and craft.

“Mr. Popo and his team at the Department of Planning have done an incredible job at coming up with an architectural plan for that facility. The idea is for this to be the showpiece of Saint Lucian products. So we want people to be able to go and smell, taste, listen and feel everything that is Saint Lucian,” Mr. Chastanet said.

The Government of Saint Lucia is investing US$15 million into the Organization of Eastern Caribbean States Competitive Tourism Project. One of the biggest components of this project is to improve the façade of the Castries market through the provision of training for vendors in the areas of merchandizing, sales strategy, customer service and marketing.