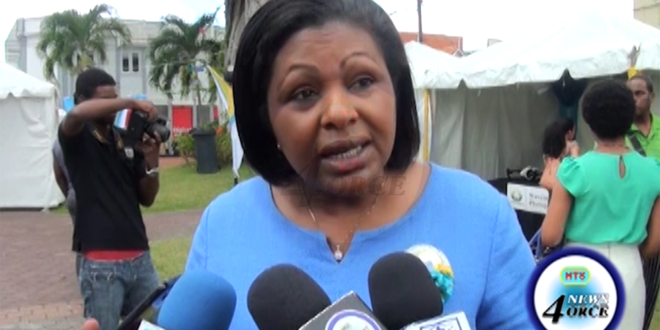 Castries Central MP Sarah Flood-Beaubrun is scheduled to launch a youth empowerment and employment program in the Constituency.

The duly elected Parliamentary Representative for the District says the initiative dubbed synergy is scheduled to be unveiled in the coming weeks.

Flood Beaubrun made this disclosure during an interview with the media at the annual youth expose in commemoration of Saint Lucia’s 39th Independence celebration on 21 February.

The government Minister in the office of the Prime Minister tasked with external affairs was overawed by the display put on by the nation’s youth at the showcase held at Constitution Park by the National Youth Council and Events Saint Lucia.

Despite the nation’s challenges, she is optimistic about the youth.

The program of activities for the youth expose was broken down in three major segments, which included an arts exhibition with demonstrations and a grand concert.