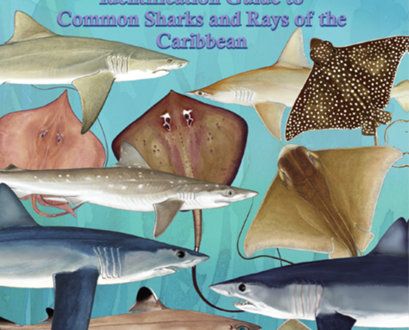 October 23, 2017, Bridgetown, Barbados: Shark and ray fisheries and conservation experts, as well as fisheries officers, from 15 Caribbean countries met here last week to discuss the status of the shark and ray populations in the Western Central Atlantic. During the meeting they also worked on a Regional Plan of Action for the conservation and management of sharks and rays (RPOA-Sharks).

More than 30 experts from across the region gathered for this First Meeting of the Joint Working Group on Shark Conservation and Management from 17 to 19 October at the Food and Agriculture Organization of the United Nations (FAO) Secretariat of the Western Central Atlantic Fishery Commission (WECAFC) in the United Nations House in Barbados. The group is composed of members of the WECAFC, the Convention on International Trade in Endangered Species of Wild Fauna and Flora (CITES), the Caribbean Regional Fisheries Mechanism (CRFM), the Organization for Fisheries and Aquaculture of Central America (OSPESCA) and the Caribbean Fisheries Management Council of the United States Department of Commerce (CFMC).

Mrs. Vyjayanthi Lopez, FAO Representative, who welcomed the participants to the meeting, said that, “Sharks play an important role in maintaining the balance of marine ecosystems. Aside from contributing to the ecological sustainability of marine life, the shark species also contributes to social and economic sustainability. However, due to their life-history characteristics, many species are vulnerable to the pressures of overfishing and have experienced rapid population decline. Illegal, Unreported and Unregulated (IUU) fishing, overfishing of the species consumed by sharks and polluted habitats in some cases contribute to further decline of shark stocks in the region.”

The Western Central Atlantic, which includes the Caribbean Sea, is one of the top five most overexploited fisheries areas worldwide. Fisheries production decreased from 2.5 million tonnes annually in the 1980s to 1.3 million tonnes in recent years. Shark catches in the Western Central Atlantic are only a small 2% of total fisheries catches in the region.

The shark catches have however increased during the past years, to reach nearly 33 thousand tonnes in 2013, of which one-third is landed of one species, blue shark. When this species is removed from the catches, it becomes apparent that the overall catch of shark has declined by over 30% in the last decade.  This decline in catch is not a result of management or conservation measures. Currently reported shark landings by various countries in the region are a significant underestimation of reality, as anyone who has visited local fish markets can confirm.

The experts at the meeting recognized the decline in various shark and ray stocks in the Caribbean, as well as the need to conserve the threatened species among them. They stressed the importance of harmonizing conservation and management measures with various international and regional conventions for the protection of these often-migratory species, as well as with measures by regional fisheries management bodies in the Atlantic.

The fisheries experts recommended amongst others that the countries in the region should prohibit the removal of shark fins at sea and require that all sharks be landed with their fins naturally attached through the point of first landing of the sharks.

Moreover, the experts recommended the prohibition of targeted fisheries for iconic species such as whale sharks, sawfishes and manta rays. Incidental catches of these species should be promptly released unharmed and alive, to the extent possible.

The RPOA-Sharks will incorporate regional collaboration on shark research, data collection and sharing, capacity building, harmonized management and conservation measures, enforcement and monitoring. Awareness raising and public education are expected to further increase the impact of the regional plan and to help shark stock recovery in the Western Central Atlantic.

Recommendations from this Working Group on the RPOA -Sharks and fisheries management will be reviewed by the Interim Coordination Mechanism for sustainable fisheries of WECAFC, CRFM and OSPESCA and is likely to be endorsed in 2018 by all countries in the region for implementation and enforcement to start in early 2019.

“I am hopeful that the RPOA-Sharks will be the instrument needed to assist member countries in collaborating, preparing, adopting and implementing various management measures including National Plans of Action (NPOA – Sharks) in the future with a common objective of encouraging the conservation and management of sharks and rays and their long-term sustainable use in the WECAFC area,” said Nikola Simpson, Fisheries Consultant.

As participating organizations of the Joint Working Group, FAO, WECAFC, CRFM and OSPESA encourage all Caribbean states to join in this regional effort to manage and conserve the sharks and ray resources in the region and develop and implement National Plans of Action for the conservation and management of sharks.