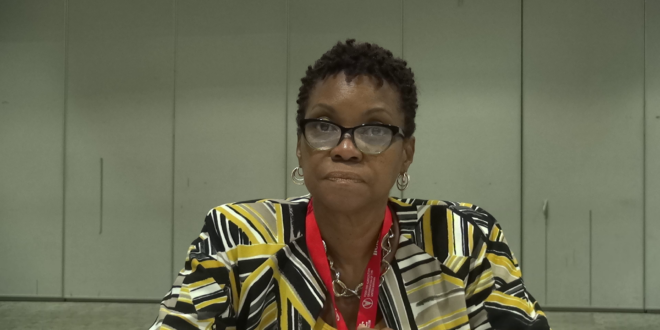 The call comes as Barbados hosts Caribbean Week in Agriculture 2018, under the theme ‘Strengthening Agriculture for a Healthier Future in the Region.”

Barbados’ Special Envoy on Non-Communicable Diseases (NCD’s) and Chairman of the Barbados National NCD Commission Professor Sir Trevor Hassell says obesity in children has been cited by Caribbean Community (CARICOM) Heads of Government as the greatest threat to the health of future generations.

He urged the Caribbean agriculture community to endorse four initiatives to tackle the scourge of NCD’s such as diabetes.

“I encourage you to support measures to reduce childhood obesity in the region including tax on sugar sweetened beverages (SSBS); creation of healthier school environments through banning of marketing, promotion and sale of SSBs and unhealthy junk foods in schools; improvement of school feeding programmes, and healthy food choices in school canteens,” he said.

Sub-Regional Coordinator of the Food and Agriculture Organisation (FAO) Dr. Lystra Fletcher-Paul said the School Feeding Programme continues to play a critical role in tackling childhood obesity, but inter-ministerial collaboration is key to its success.

“It means agriculture is talking with health and talking with education. The three of them at that ministerial level have an important role to play in determining the policy and legislation with respect to school feeding. Issues such as banning sugary drinks in the programme, ensuring that a particular percentage of the meals comes from local producers and the level of sugar taxes. It is not just school feeding from the point of view of providing a healthy meal for one child, especially poor children for social protection, but it is a means of teaching healthy, lifelong eating habits,” she said.

The FAO official says it’s time to put some legislative teeth in the fight against NCD’s, by taking the discussion to Houses of Parliament across the Caribbean.

“One of the areas that we are promoting is this whole area of parliamentary fronts against hunger and it means that you are bringing together the opposition, as well as the ruling parties in parliament to discuss issues of mutual interest. One of the areas is the School Feeding Programme. It’s a win-win situation because even if there is a change in government, you can see both sides taking the ball and running with it. So let the parliamentarians sit together and decide on legislation related to school feeding,” she said.

Talk of a ban on sugary drinks in Saint Lucia’s schools started in November 2017, when the Ministry of Health announced that sodas were having disastrous effects on the health of students.

In May 2018, the Ministry launched a campaign to promote healthy lifestyles among students. Officials said that schools must play a role in preventing childhood obesity by offering healthy food and drink choices in their canteens.

They did not provide a time line for plans to ban sugar sweetened beverages on school compounds.