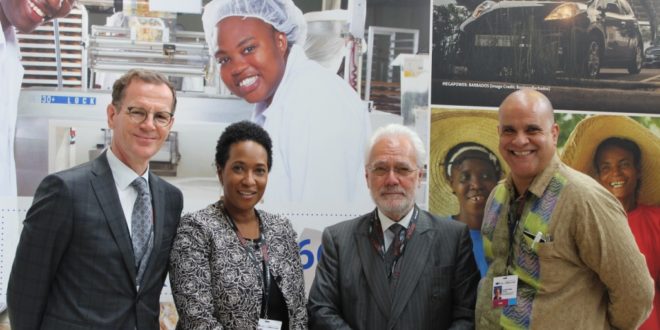 Caribbean Export – Part of the Best of Investing in Development

Caribbean Export – Part of the Best of Investing in Development 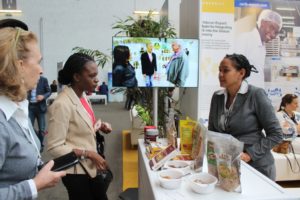 “Our participation at EDD 2017 at this level has been a worthwhile investment.  Not only from a visibility point of view but more importantly it has enabled us to contribute significantly to the conversation around the EPA and how the region’s private sector is able to maximise the opportunities especially being a part of the ACP group” expressed the Executive Director of Caribbean Export, Pamela Coke-Hamilton.

Coke-Hamilton participated in key debates ensuring that the Caribbean’s position was heard amongst the key stakeholders in the world of development.  In the session entitled “Boosting Investment for ACP Inclusive Trade and Development” the Executive Director called for stronger trade linkages between the Caribbean and Africa in view of the apparent synergies between the two regions.  “We want to promote trade as THE mechanism to deliver real economic results for our companies, their workers and for our consumers.  As such we should look toward strengthening trade between us as a means to achieve this”. 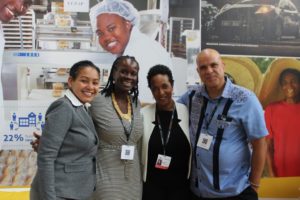 In addition, Caribbean Export participated in a debate organised by the European Commission entitled “Building on EPA Opportunities” to share the experience of the CARIFORUM private sector in leveraging the opportunities under the EPA. The debate noted that EPAs help by stimulating competition and reducing border delays but in order to exploit them to their fullest it is encouraged that ACP countries need to take ownership of their development and design their own strategies for growth and prosperity.

The Agency also highlighted their work under the recently concluded 10th EDF Regional Private Sector Development Programme at their booth space where they presented a small sample of unique products from the region at the event which received a phenomenal response from the attending audience.  Sweet potato granola produced by Rainforest Foods in Saint Lucia was particularly attractive and loved by visitors to the stand. Caribbean Export is encouraged by the positive feedback from the EDD attendees and remains committed to continuing its support to regional companies and BSOs so that they can utilise the benefits of the CARIFORUM-EU EPA.