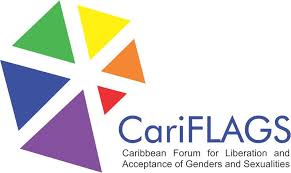 Georgetown, Guyana – January 14, 2018. The Caribbean Forum for Liberation and Acceptance of Genders and Sexualities (CariFLAGS) celebrates the recent advisory opinion by the Inter-American Court of Human Rights (IACHR) which referred to its constant case law whereby sexual orientation and gender identity are protected categories against discrimination under the Inter-American Convention on Human Rights. It stated that any discriminatory rule, act or practice based on these characteristics of an individual are prohibited.

The release noted that the right to gender and sexual identity is tied to the concept of freedom and the capacity of human beings for self-determination and to freely choose the options and circumstances that make sense of their existence, according to each person’s choices and beliefs. It spoke boldly to the right to legal recognition of one’s gender identity and name change procedures and affirmed that “the recognition of gender identity by the state is key to guaranteeing the full enjoyment of human rights by trans people.” It also spoke to equal marriage noting that countries “must recognize and guarantee the rights that are derived from a family bond between people of the same sex.” The Court held that the way in which the Convention addresses discrimination on the basis of sexual orientation cannot be conditional upon religious or philosophical beliefs.

The court’s advisory is timely, particularly in light of the current concerted efforts of activists globally, in the Caribbean and at national levels to end stigma and discrimination that adversely impacts the enjoyment of basic human rights.

Although only binding in the jurisdictions that are parties to the Convention, the advisory’s importance and historic significance must not go unnoticed by the region. We urge our governments, all people of the Caribbean as well as our key partners in development, to continue to and scale up all efforts to ensure that our societies are constructed on the principles of social justice, equality, mutual respect, inclusion and participation.

CariFLAGS calls for leadership and cooperation at all levels to engender and promote the legislative, administrative, and judicial reforms needed to adapt our local legal systems, laws and policies towards the advancement of recognition and promotion of rights for all. CariFLAGS stands poised to play a key leadership role in this regard with activists who are at the forefront of their national movements.

CariFLAGS articulates an indigenous lesbian, gay, bisexual, transgender and intersex (LGBTI) voice and agenda for the Caribbean with governments, civil society, donors, international partners and the global LGBTI movement; works to expand leadership, infrastructure and environments at the community-level whereby Caribbean LGBTI people can enjoy safety and support, be linked to services, community, health, spirituality and empowerment, influence policy and legislation, utilize judicial and human rights institutions, and deepen political participation and alliance-building. We work to ensure justice, social inclusion, access to the fruits of citizenship, and to build Caribbean nations and a regional movement. The CariFLAGS secretariat is based at the Society Against Sexual Orientation Discrimination (SASOD) in Georgetown, Guyana.