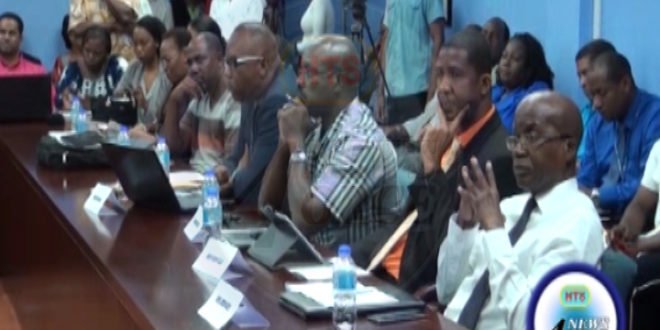 Minister for Home Affairs and National Security Honorable Hermangild Francis on Monday, December 11, 2017 indicated that cabinet has begun to take stock of the recommendations and conclusions emanating from the recently convened symposium on crime.

The Minister promised that the findings from the activity would not be allowed to gather dust on a shelf, nor was the activity simply a talk-shop.

Minister Francis explained that he is aiming for the development of a white paper, followed by the creation of a working group as another positive outcome of the symposium.

The crime symposium saw a massive turn-out by many stakeholders across the island.

Participants described the dialogue as a timely examination of   many burning issues where national security was concerned.

Minister Francis says he is thankful for the input received and is heartened by the public’s firm commitment to helping government stamp out criminality.