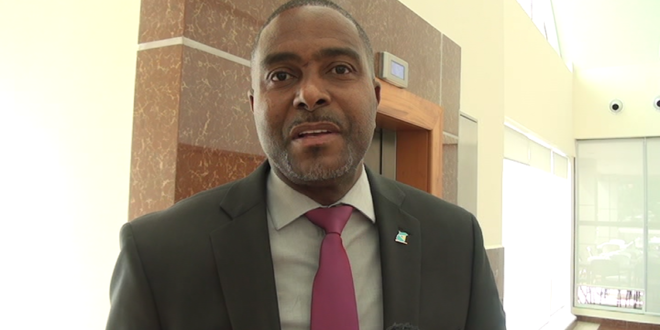 Minister in the Ministry of Finance Senator Dr. Ubaldus Raymond

Recently, the Allen Chastanet led Cabinet of Ministers approved a 100% waiver of withholding tax to the government of Saint Lucia for a period spanning eight [8] years from 2001 – 2009.

The withholding tax relief for Sandals means the Saint Lucia government has opted to forgo tens of millions of dollars in revenue.

Minister in the Ministry of Finance Senator Dr. Ubaldus Raymond estimates the value of the %100 withholding tax waiver is near a reported $24 million dollars and suggested that tax is ‘not directly owed’ by Sandals to the government.

Sen. Raymond reaffirmed the ‘right’ decision was made. [Watch video]

The Opposition Saint Lucia Labour Party [SLP] is again raising the question of ethics and a perceived conflict of interest. Two members of Cabinet including Minister in the Office of the Prime Minister with responsibility for Tourism Mr. Dominic Fedee and the Prime Minister the Honorable Allen Chastanet were former employees of Sandals.  The Opposition SLP says it wants clarity on whether the Mr. Fedee and Prime Minister Chastanet recused themselves from Cabinet meetings on matters related to the private entity.