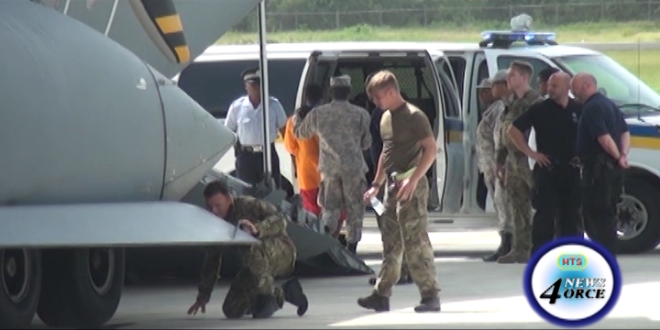 [BVI news] Superintendent of Prisons David Foot has said that the 21 inmates who were transferred to a prison facility in St Lucia will likely spend another six to nine months there before being transferred back to the territory.

The 21 prisoners, classified as high-risk, were transferred to the Bordelais Correctional Facility following severe damage to sections of Her Majesty’s Prison, Balsam Ghut during Hurricane Irma.

Foot explained that the time frame is necessary in order to facilitate repair works at the local prison.

“We will be looking to bring those prisoners back as soon as we get the prison into a safe state,” he said during a telephone interview.

“There is a lot of work to do, a lot of the fences fell down, the roofs were damaged in the main parts of the prison, so once that repair work is done, then we will get those prisoners back as soon as possible. I would like to say we will get that done in the next six to nine months. It’s a lot of work.”

Meanwhile, the superintendent was unable to say how much it will cost taxpayers to have the facility repaired.

“I cannot give you a figure as it is still being assessed. But we lost 90 percent of the roof in the prison. There were only two buildings that had a roof left. So we have to do some significant repairs already, but there is a lot more to do,” he said.