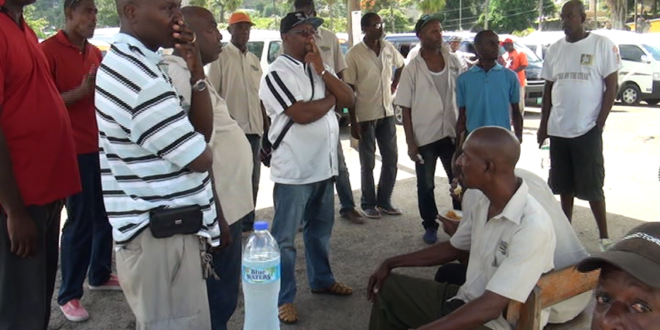 St. Louis referenced an alleged robbery of one male bus driver near Pigeon Island, Gros – Islet that devolved to an alleged sexual assault of a female passenger in early September. Another a Gros – Islet bus driver was reportedly assaulted with a stone by a passenger following a verbal confrontation.

The GIMOA spokesperson says members are ‘angry’ and is support calls by the National Security Minister to revisit capital punishment. [Watch video]