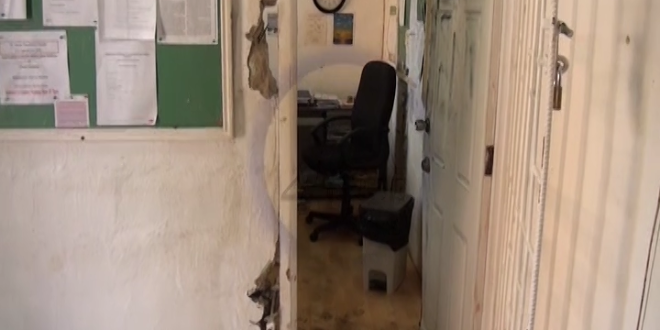 Classes at the Odsan Combined School went ahead on November 14 despite evidence of an apparent break-in.

Security personnel assigned to Odsan Combined alerted police to the robbery that was suspected to have occurred in the early morning hours of Tuesday.

Thieves targeted the offices at Odsan Combined. Doorframes leading to the principal’s office were found vandalized and appeared to have been forced out of place.

Padlocks securing cabinets inside the principal’s office were destroyed.

An undisclosed sum of money was stolen from the principal’s office. School officials told HTS News4orce the cash was raised from the sale of Remembrance Day poppies.

The burglars left several footprint marks about Odsan Combined offices. According to school officials, the latest robbery is the fifth [5th] in recent months.

2017-11-14
Previous World Cup 2018 – which teams have qualified for Russia?
Next Date for National Crime Forum Announced