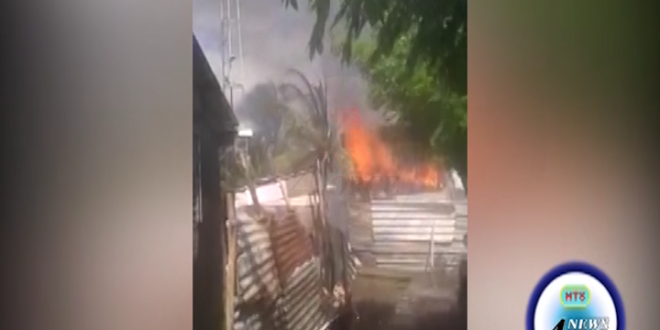 The three victims are reportedly a middle-aged couple and their grandson.

According to reports, first responders at the Vieux Fort Fire Service received the distress call at around 11:05am Wednesday.

Three fire units and one ambulance were deployed to douse the blaze. However, the house was fully engulfed when responders arrived on the scene.

One of the victims identified as 53-year-old Eve Joseph-Dantes says she was at work when she received news of the fire.

According to online reports, her husband who was at home at the time of the blaze narrowly escaped the scorching flames, when the couple’s television exploded and fire engulfed the house.

Nothing could be salvaged, and the occupants are now dispossessed and homeless.

Authorities are investigating the cause of the fire.