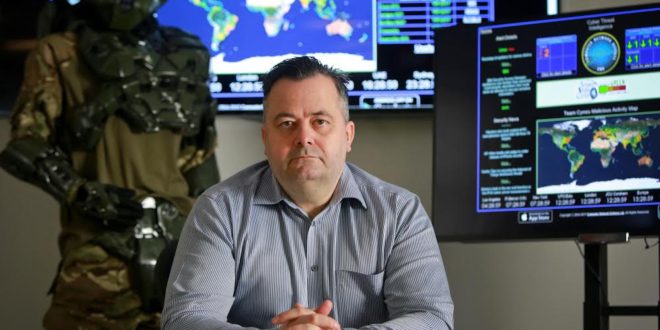 PRESS RELEASE – A leading international cyber-security company is to open a hub in the Caribbean and has identified the island of St Lucia as its preferred location.

It has offices on the Isle of Man and now aims to recreate the success of that hub in across the Atlantic.

CND runs a Security Operations Centre (SOC) on the Isle of Man that monitors clients’ network activity, alerting them to any threats.

The SOC in complemented by its Penetration Testing teams that use hacking techniques to identify vulnerabilities in clients’ networks which could be exploited by hackers.

Managing Director Andy Cuff identified the island of St Lucia due to its business-friendly outlook and time-zone, and has been visiting the capital of Castries.

With the nature of cyber–attacks being global – as shown by the recent WANNYCRY hack – CND believes in spreading its physical presence further afield.

The new hub in the Caribbean is expected to create four jobs in the first year and further investment will lead to organic growth.
Andy said: “We have set up a successful cyber-security business on the Isle of Man which, whilst still a Crown Dependency, is not part of the UK.

“We are looking to repeat this successful model in the Caribbean. One of the attractions is the time zone which is five hours behind our UK HQ.

“We also have staff in the US and we have a deliberate policy of spreading ourselves
so we have expertise in multiple locations.

“In the Caribbean we would aim to train local talent then deliver that expertise to other islands.

“I was a little disappointed to see that students in St Lucia are no longer given free laptops for their studies, as this would create a future pool of IT talent who may have become CND cyber warriors in the years to come.

“However, there is certainly huge potential on the island, which could become the Caribbean hub of cyber-security excellence.”

St Lucia, which is CND’s preferred location, is in the eastern Caribbean with a population of 185,000.