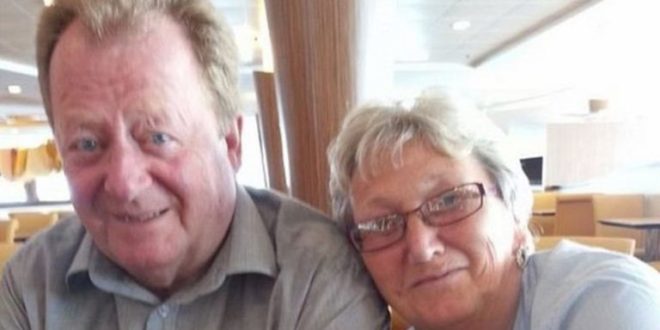 (BBC) — A British couple have been jailed for eight years by a Portuguese court for drug smuggling on a cruise ship.

Roger and Sue Clarke, both 72, were caught last year while attempting to smuggle 9kg (20lbs) of cocaine with a street value of £1m.

The couple, from Bromley in London, were on the Marco Polo which was sailing from the Caribbean to Europe.

A raid on their cabin as the ship entered Lisbon found the Class A drugs in the lining of four suitcases.

Judge Margarida Alves dismissed the couple’s story they were duped into bringing the cases for a friend.

As she sentenced them to eight years, Mrs Clarke began crying, while her husband turned to her and said “we will be 80 when we get out”.

The judge said she was determined not to let Portugal become a gateway to Europe for drugs.

As the presiding judge delivered her verdict the two British pensioners stood holding hands in the little courtroom in Lisbon’s Campus de Justicia.

“Eight years for drug trafficking” the judge said. Roger Clarke, visibly shaken, lifted his hands to his head and with tears in his eyes he turned to his wife.

Sue Clarke began crying and the judge said the couple’s story, that they had been given empty suitcases in St Lucia to bring to the UK for a friend, wasn’t credible.

She said their prior conviction for smuggling cannabis to Norway should have made them suspicious of such a request.

“You are not drug users,” Judge Margarida Alves said. “You clearly did this because of the high profits you could make.”

You can read more on their previous cases here: