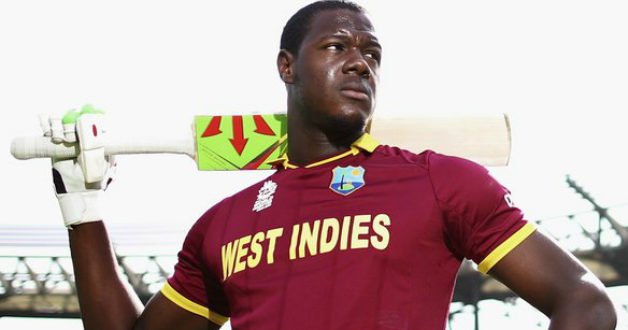 Brathwaite to captain the WINDIES for Hurricane Relief T20 Challenge

[Press Release] Carlos Brathwaite returns to captain the WINDIES in the Hurricane Relief T20 Challenge against the ICC Rest of the World XI at Lord’s Cricket Ground, London, on Thursday, May 31.

This charity match is being staged with the support of the MCC, ECB and ICC to raise funds to rebuild and restore five major cricket venues at the heart of Caribbean communities that were damaged by Hurricanes Irma and Maria.

Match winning all-rounder, Andre Russell, returns to the WINDIES T20 squad following his return to cricket during the Super50 Cup and the IPL. Explosive openers Evin Lewis and “Universe Boss” Chris Gayle – also return to the squad following the Pakistan Series along with spinner Ashley Nurse.

“We welcome the return of the players who missed the Pakistan Series and are delighted to recall Andre Russell to the squad, as we believe he will have a key role in our white ball cricket. Denesh Ramdin and Keemo Paul keep their places after encouraging performances at both regional and international level.,” says Chairman of Selectors, Courtney Browne.

CWI’s CEO, Johnny Grave, commented “On behalf of CWI, I’d like to thank the players for their commitment to and support of this vital cause. We’re hoping to raise a significant sum from the Hurricane Relief T20 Challenge and are very grateful to the MCC, ECB and ICC, without whom this match would not be taking place.”

Tickets are now on sale – https://tickets.lords.org/ – with all proceeds from the Hurricane Relief T20 Challenge going towards rebuilding and renovating the five major venues damaged during the hurricanes as well as other community cricket facilities:

2018-04-17
Previous Youth Talent Village, a melting pot of “ingenious abilities” on show for Youth Festival
Next Russell to return to West Indies squad in fundraiser for Irma-Maria damage