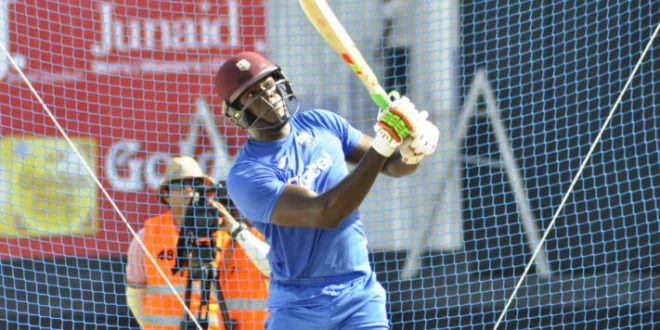 Chasing 136 at the Sylhet International Stadium, Titans reached their target with 12 balls remaining, to register their first points in their second outing.

They were 43 for three in the seventh over before Australian Michael Klinger top-scored with an unbeaten 47 in a 50-run fourth-wicket stand with captain Mahmudullah (27) to put the innings back on track.

When Mahmudullah departed in the 14th over, Brathwaite joined Klinger in an unbroken 45-run, fifth-wicket stand, blasting a pair of sixes in a 16-ball unbeaten 23, to see Titans home.

Earlier, Brathwaite went wicketless as Sixers, sent in, rallied to 135 for five off their 20 overs, with skipper Nasir Hossain top-scoring with an unbeaten 47 from 35 deliveries.

West Indies batsman, Andre Fletcher, with 147 runs from his three previous innings, failed for the first time with four.