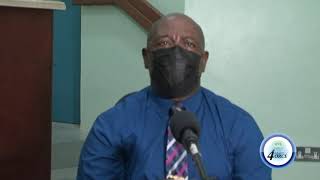 The Bordelais correctional facility on Friday opened its doors to the media following a bout of violence at the prison. One inmate was killed and another is listed in critical condition after two separate stabbing incidents at the penal institution. A violent flare-up among rival gangs behind bars comes against the backdrop of the management of the pandemic within the confines of the prison walls. The director of corrections asserts that Bordelais is a microcosm of the larger Saint Lucia society.