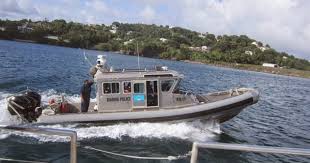 Marine officers say a canoe slammed into their vessel between 12am and 1am July 22.

The Marine Unit was on routine patrol duty, conducting surveillance across Vieux – Fort coastal waters when the incident occurred.

A total of four (4) people were aboard the canoe at the time of the collision including two Saint Lucians and two Venezuelan nationals.

The identifies of the men have not been disclosed.

HTS News4orce understands one Saint Lucian who police say was the captain of the canoe succumbed to injuries.

The other three occupants are reportedly listed in critical condition at hospital.