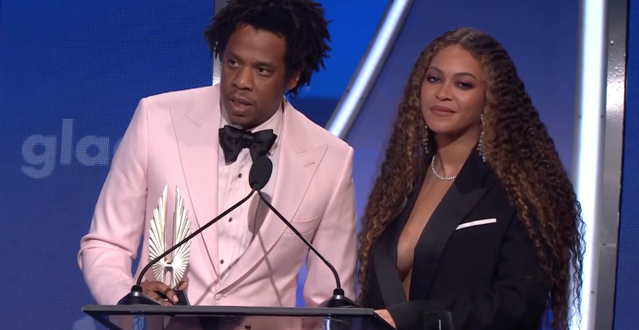 [Michael Rothmanvia via Good Morning America – March 29th 2019]:- Beyoncé and Jay-Z were honored Thursday night at the GLAAD Media Awards in Los Angeles with the Vanguard Award, and the “Lemonade” singer used her acceptance speech to pay homage to someone in her family. 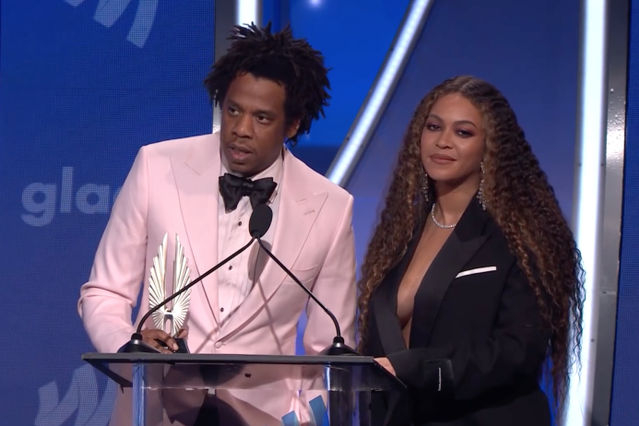 After calling her Uncle Johnny “the most fabulous gay man I have ever known,” the icon explained how her family lost the man years back after his battle with HIV.

Queen Bey added that Johnny helped raise her and her sister, Solange. “He lived his truth. He was brave and unapologetic during a time when this country wasn’t as accepting,” she said. “And witnessing his battle with HIV was one of the most painful experiences I have ever lived.”

Usually as poised as ever, Beyoncé couldn’t hold back her tears, which is completely understandable. Her husband offered some sweet support during this powerful moment. “I’m hopeful that his struggle served to open pathways for other people to live more freely,” she added. “LGBTQI rights are human rights. To choose who you love is your human right.”

Jay-Z also spoke about his mother, Gloria Carter, who he announced on a recent song is gay. He stopped his speech for a moment to pay tribute to her for letting Jay tell her story.

Later in the speech, Beyoncé also paid tribute to her husband for helping to “remove the stigma” of LGBTQ in the hip-hop community.