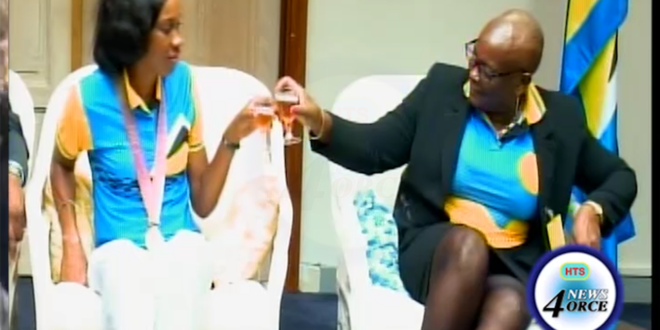 Belrose was among government officials who welcomed Levern home at the Hewanorra International Airport on 19 April.

She says the state can use Levern’s journey to inspire athletes to strive for excellence.

Belrose says the schools of excellence initiative will ensure that sporting talent is developed properly. Pundits are calling on state officials to fashion a structured system to ensure success stories like Levern Spencer’s can be replicated in other sporting disciplines.