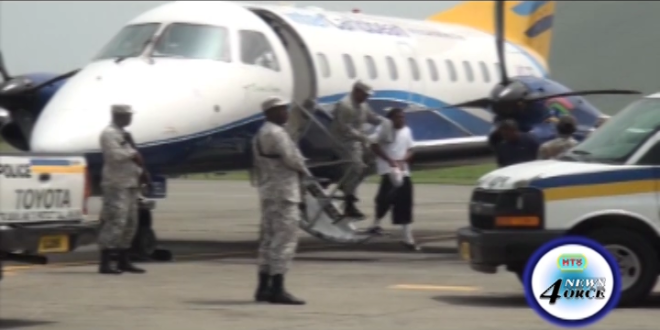 BCF ‘well within the capacity to be flexible’, 17 “high-risk” inmates Transferred

Two aircraft landed in Saint Lucia at the Hewanorra International Airport on September 26 to off-load more “high-risk” inmates from the British Virgin Islands [BVI] and the Turks and Caicos Islands [TCI].

The Saint Lucian government volunteered to hold inmates from the TCI and despite public and political scrutiny, on September 25 seven [7] BVI prisoners arrived in Saint Lucia and have been detained at the Bordelais Correctional Facility [BCF].

Local authorities have received 10 more foreign inmates, seven [7] from the BVI and three [3] from the TCI. To date, Saint Lucia has accepted 17 inmates from the storm ravaged territories – all of whom have been classified as ‘high-risk’.