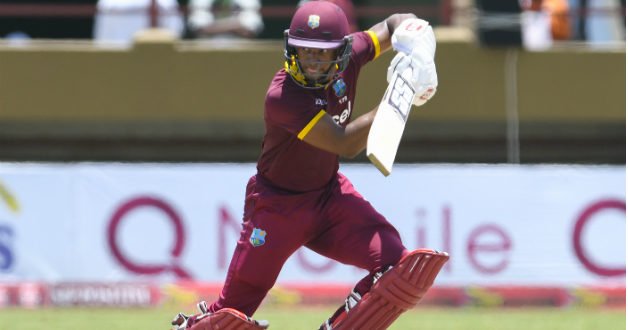 DHAKA, Bangladesh (CMC) — Roston Chase conceded Sunday that West Indies’ batting had not been up to scratch in their five-wicket defeat to Bangladesh, failing to adjust to the slow pitch and ultimately falling short of a competitive total.

“I think we didn’t get enough runs. We spoke before the match and said that the par score was around 230, 240. We fell short of that and paid the price,” Chase said following the defeat in which the Caribbean side mustered an inadequate 195.

“I just think that it is a case of us needing to adjust to the pitch a little bit faster. We need to show a little more intent in those middle overs, try to push the score along in those crucial areas of the game — at the start and in the middle overs.

“We didn’t adjust to the pitch, the pitch was playing a bit slow. We were just playing hard-wicket shots. The pitch was holding a bit. I just thought that our batters took a bit too long to read the situation and it cost us many runs.”

West Indies’ batsmen never found the right tempo and struggled on the Shere Bangla National Stadium surface. Shai Hope top-scored with 43 from 59 balls and the rest of the top order struggled, leaving the Windies tottering on 127 for six in the 40th over.

Keemo Paul then struck 36 from 28 balls down the order, in a 51-run seventh wicket stand with Chase who made 32 from 38 balls, to give the innings some impetus in the last 10 overs.

Of note was the 171 balls that went un-scored from in the Windies innings and Chase said his fellow batsman needed to do better, especially in the middle overs.

“In the beginning and in the middle overs we didn’t really capitalise on our scoring areas. We got stuck in the middle and didn’t rotate,” he said.

“I don’t think that’s (171 dot balls) acceptable in international cricket. We also lacked boundary options in the middle. Once the field was spread, the Bangladeshi guys really squeezed us and we didn’t get as much runs as we should.”

Bangladesh easily chased down their target to get home in the 36th over, with former captain Mushfiqur leading his side with an unbeaten 55 and opener Liton Das getting 41.

Das got a reprieve on five when he was caught off a no-ball by seamer Kemar in the seventh over, a moment Chase said had been critical.

“We felt that once we got a good start and got some early wickets we would have been in with a shout,” the right-hander noted.

“We started well but I thought that the Liton Das wicket off the no-ball really hurt us. He scored 40-odd and those were some really crucial runs. He is a guy who scores quickly, so if you don’t out him early he’s a key player for them as well.”

The second ODI is set for the same venue tomorrow.