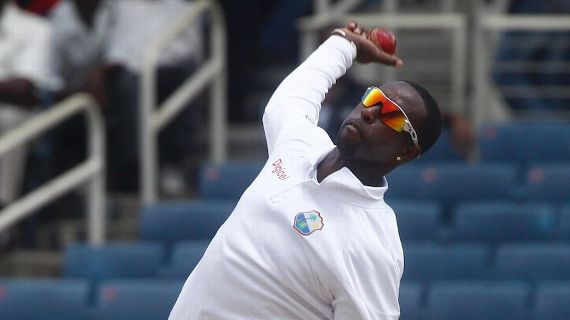 A steady batting effort from Barbados in the first innings and seven wickets in the match from offspinner Kenroy Williams lead them to a 135-run win against Windward Islands in St Vincent. After taking a first-innings lead of 138, Barbados managed only 171 in the second attempt, but Williams struck with 4 for 36 to skittle Windward for 174 as they chased 310.

Barbados lost the toss but used the opportunity of batting first to score 360 with half-centuries from Kevin Stoute (84), Anthony Alleyne (82), Williams (55), Sheyne Moseley (54) and Justin Greaves (54). Tyrone Theophile finished with 5 for 56 that included three top-order wickets. Windward lost their openers cheaply in reply before Roland Cato (64) and Kyle Mayers (56) resisted but they managed only 222 as Jomel Warrican and Williams picked three-fors.

Windward offspinner Shane Shillingford picked a five-for as Barbados struggled to put on substantial partnerships in their second attempt. No. 9 Mario Rampersaud’s unbeaten 36 dragged them to 171, stretching the overall lead over 300. The Windward batsmen struggled again even though Mayers chipped in with another half-century (76). He batted with the tail too but Williams’ four-for included Mayers’ wicket and other middle-order wickets to seal the win.