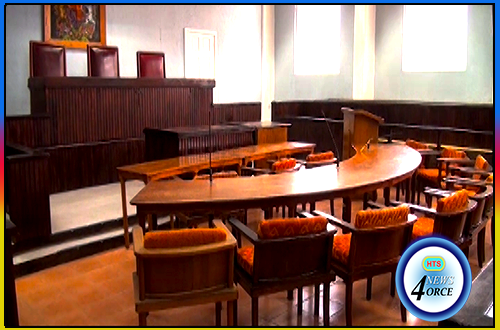 GIS – THE LAW FAIR WAS ORGANIZED SO THAT LAWYERS COULD PROVIDE PRO-BONO SERVICES TO THE PUBLIC.

Over twenty lawyers left the comfort of their offices last Friday, for some make-shift tents at Constitution Park, where they participated in a law fair, providing free consultation to the public.

This was the second time around for the law fair organized by the Bar Association of Saint Lucia. The first was held in 2016.

The law fair was particularly organized so that lawyers could provide pro-bono services to members of the public who have been the pillars of their profession over the years.

Mary Juliana Charles, President of the Bar Association of Saint Lucia, said: “We depend on the public to sustain us: this is how we practice law on behalf of members of the public. So we thought that it would be prudent of us to put aside a day during independence celebrations to give back and provide free consultations which the public would usually have to pay for at a legal firm, and provide free advice and career guidance for those persons who wish their children to study law, among other things.”

Ms. Charles added that he association was quite pleased with the level of interest shown by members of the public.

“Persons have left quite satisfied according to the reviews. They have asked about tenancy: what are their rights with respect to renting lands, renting houses; they asked about wills, the last will and testament; there was a gentleman who came in and he inquired about baking rights, and we gave him the best advice that we possibly can.

“Incidentally a female tourist stopped and enquired when she saw our logo. She said she is a lawyer from Montreal and that they usually host a similar consultation, but staged over a period of three days. So that has given me food for thought, that maybe on the next occasion we will see how we can tweak our agenda and give a little more to the public.”

The Registrar and Deputy Registrar of the High Court, including a former Attorney General, were among the legal practitioners who participated in the law fair.