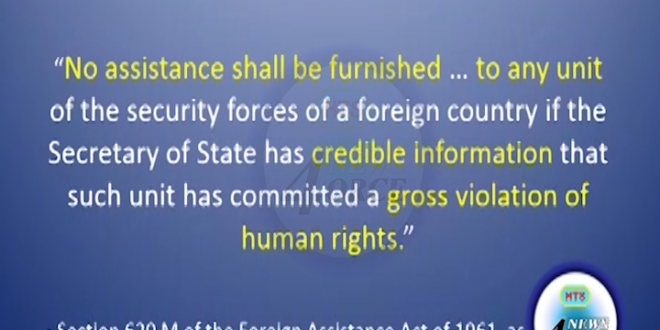 Bizarre and absurd are the terms being used by the Opposition Saint Lucia Labour Party to describe recent remarks by National Security Minister Senator Hermangild Francis regarding the us sanctions imposed on the police force.

Senator Francis during a 22 January pre-cabinet media conference told members of the press that he believes the imposition of the Leahy Law was not the result of the12 fatal police shootings, which occurred during a crackdown on crime.