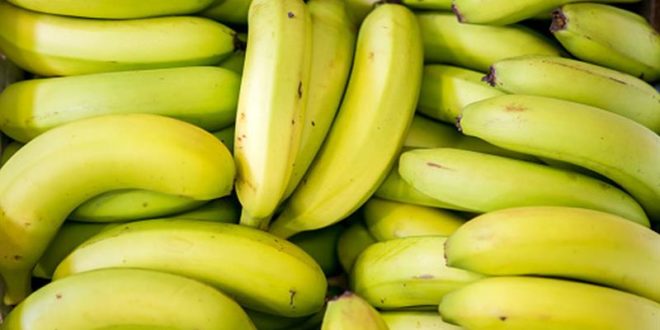 GIS – FARMERS WHO ARE PART OF THE BANANA PRODUCTIVITY IMPROVEMENT PROJECT, ARE AIMING TO SURPASS PRODUCTION TARGETS.

Saint Lucia’s farmers are being encouraged to increase the production of bananas, as one of the objectives of the Banana Productivity Improvement Project of the Ministry of Agriculture.

Kerde Severin, Project Manager for the Banana Productivity Improvement Project, said increased production can have a significant impact on the country’s earnings.

“We have a mandate to increase productivity from about five or 10 tons, to a minimum of 15 to 20 tons per acre. This is what we’re aiming for. Recently there was a study by the EU for countries in South America, Africa, and the Caribbean that assessed the countries that are the most productive. It revealed that to be competitive you need to be able to produce somewhere between 15 and 20 tons per acre. It can be done, because in the days of the Roseau model farms, the farmers were producing in excess of 20 tons per acre.”

The production increase can boost Saint Lucia’s export income by an estimated EC$100 million, he added.

Saint Lucia’s government has already lent its support to the initiative.

“The government has agreed to support inputs because inputs are critical if we are to increase productivity, so the government will provide support for fertilizer, drainage, land preparation, fungicide, and the protection of the fruit by providing sleeves. Another thing we’re considering is twine, because after you have produced the bunch you don’t want it to fall off,” Mr Severin said.

Farmers, buoyed by the prospects, have already indicated their ability to produce more than the targeted figure.