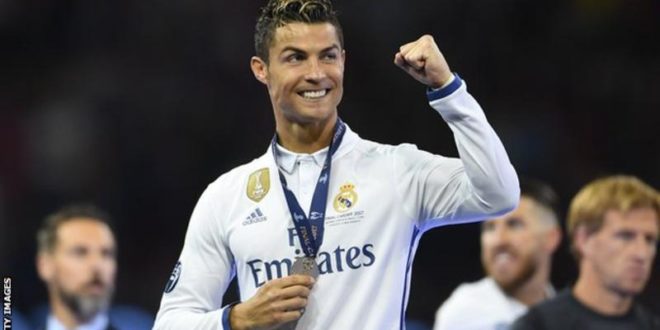 Real Madrid forward Cristiano Ronaldo beat Barcelona’s Lionel Messi to win the Ballon d’Or award for the fifth time – and the second year in a row.

Victory took the 32-year-old Portugal international level with 30-year-old Argentine Messi, who won the most recent of his five awards in 2015.

“This is something I look forward to every year,” he said.

“Thanks to my Real Madrid team-mates. And I want to thank the rest of the people who helped me reach this level.”