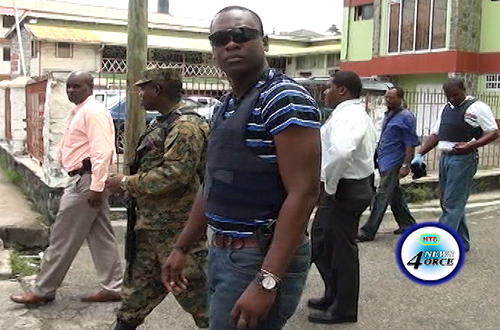 GIS – THE POLICE COMPLAINTS COMMISSION WAS ESTABLISHED TO ENSURE THAT ALL OFFICERS CONFORM TO THE RULES OF LAW.

The Police Complaints Unit is working diligently in an effort to ward off preconceived ideas about the unit that would deter the public from seeking assistance.

“It was necessary that the legislature put in place certain rules, certain laws that will ensure that our work is scrutinised and that we are beyond reproach in the work that we do as law enforcement,” he explained. “As such back in 2003 by way of an Act of Parliament, the legislature passed laws that ensured the establishment of two entities to look into complaints made by members of the public with regard to the conduct of police officers.”

The Acting Superintendent added that the Unit will continue to work without bias when carrying out its duties.

“We remain committed and resolute to ensuring that the conduct of police officers, bad conduct in particular, does not go unnoticed or unchecked and that we are as law enforcement officers, are subject to all of the laws of Saint Lucia, the procedures and rules that we need to follow. The unit will leave no stone unturned to ensure that we resolve matters and investigate complaints made by the members of the public fully, and we will continue to ensure that we maintain the good image of the Royal Saint Lucia Police Force in the future.”

The Police Complaints Unit is located on the corner of Brazil and Bourbon streets.