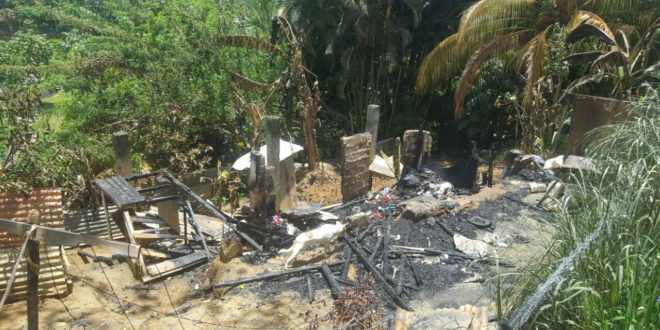 A 10 month old twin boy and girl were admitted at hospital on April 27th after sustaining burns from a house fire at La Croix Maingot. The wooden structure was completely flattened.

HTS News4orce can confirm the male twin succumbed  at the Victoria Hospital on April 28th.

The father of the twins reportedly stepped out of the house before the flames went up between 7 pm 8 pm. Unconfirmed reports suggest a lit candle may have caused the La Croix Maingot house fire.

Authorities at the Saint Lucia Fire Service are investigating.