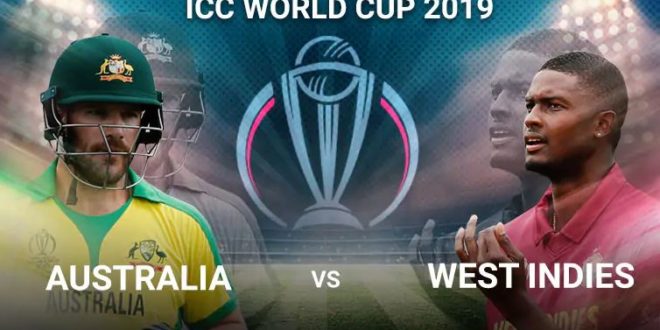 For their second game in the ICC Cricket World Cup on Thursday at Trent Bridge, Shai Hope’s 68 runs and Captain Jason Holder’s 51 weren’t enough to surpass Australia’s 288. At the start of the game, the Aussies were down on 38/4, but managed to recover.

The regional side were restricted to 273/9.

Australia’s Nathan Coulter-Nile who made 92 runs was named the Man of the Match. Pace bowler Mitchell Starc took five wickets.