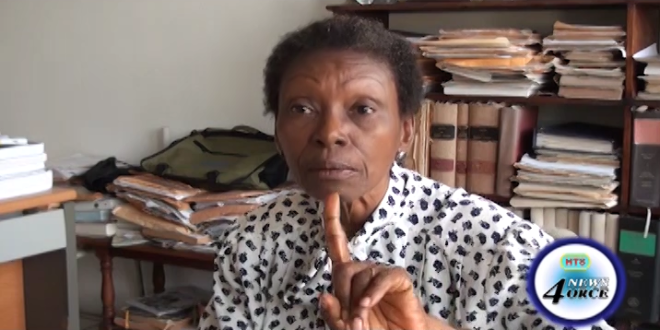 December 10th is observed world wide as Human Rights Day, for it was on that day in 1948, that the Universal Declaration of Human Rights (U.D.H.R) was promulgated by the General Assembly of the United Nations, as a beacon of hope for a world emerging from the atrocities of the 2nd world war.

As a seminal document the U.D.H.R ushered in a period of Universal Human Rights such as the world had never known.  As a milestone document it was declared “as a common standard of achievement for all peoples and all nations.”  For the first time in history everyone, everywhere was entitled to enjoy basic human rights.

The U.D.H.R is on the threshold of its 70th Anniversary, in 2018.  Human Rights have become a universal language.  In fact one writer describes Human Rights as “the world’s first universal modern ideology.”  This is rightly so because respect for human rights knows no boundaries, therefore everyone, everywhere in the world is entitled to equality and dignity as human beings, as stated in Articles 1 and 2 of the U.D.H.R.

Article 1:    “All human beings are born free in dignity and rights.”

Article 2:    “Everyone is entitled to all the rights and freedoms set forth in this Declaration without distinction of any kind, such as race, colour, sex, religion, political or other opinion, national or social origin, property, birth or other status.”

Since the promulgation of U.D.H.R the world has seen a plethora of Human Rights Conventions, Covenants and Declarations, the practical effect of which is the existence today, of a strong body of International Human Rights Law applied by national Courts around the world.  In addition for the first time in history individual citizens whose country has ratified the 1966 International Covenant on Civil and Political Rights, have been given the opportunity of achieving redress for violation of their Human Rights by the State by allowing them to  petition the United Nations Human Rights Council to seek redress, and thereby resulting in the State having to comply with the Human Rights standards which are reflected in the International Covenant and its optional protocol.

What of St. Lucia?  In practical terms Saint Lucia shares in this body of International Human Rights Law, and the norms and standards underpinning this law.  Commencing where it must, with the Supreme Law of the land, which is the St. Lucia Constitution, therein the articles of the U.D.H.R have been incorporated into Chapter I of the Constitution which spells out the Fundamental Rights and Freedoms guaranteed to Everyone in St. Lucia without exception (even the criminal).

Other United Nations Conventions which have been drafted to give effect to the implementation of the 1948 U.D.H.R, and the two International Covenants of 1966, and which have been adopted and later ratified deal with specific groups of people, seen as vulnerable to discrimination or oppression and therefore requiring special protection by the state.  Two examples are the 1989 Convention on the Rights of the Child signed and acceded to by St. Lucia in 1991 and the important 1979 Convention on the Elimination of Discrimination Against Women (CEDAW) which St. Lucia acceded to in 1981.  Today legislation such as the Domestic Violence Act of 1994 and the Family Court are products of St. Lucia’s signing on to CEDAW.  There has been a lot of advocacy and activism in the area of Women’s Human Rights in St. Lucia, yet there is still so much violence against women.  Consequently much more needs to be done in the forum of continuing education on Women’s Rights as well as including men in this education campaign.

As we observe December 10th Human Rights Day let us reflect on the theme chosen by the United Nations “Stand Up 4 Human Rights.”  Indeed everyone in St. Lucia must stand up for Human Rights, because there are many problems such as child abuse, domestic violence, rapes, murder and acts of Police brutality including the still unsolved 2011 murder of 12 citizens (the IMPACS issue and the Shakadan hanging at the Micoud Police Station, whose family members still await justice).  Also lack of adequate access to justice for vulnerable persons thereby affording them the Right to a Fair Trial and to Equal Protection of the Law as guaranteed in the Constitution, remains a burning issue for Human Rights Advocates.

There is alarm in the society over the murder rate, for indeed murder and violent crime do raise human rights issues and of course the victims require justice, however rather than blame human rights advocacy for the cause, we must as a people understand that it is the duty of the Government (the State) to protect its citizens from murder and other violent crimes.  Investing more in crime fighting and crime prevention is part of the solution in reversing the trend.  In the final analysis we all have a part to play.  The Police must be adequately trained but we must all practice respect for the rights of others because we share a common humanity.

St. Lucia as a member State of the United Nations has inherited the Universal Declaration of Human Rights (U.D.H.R) which is now customary law.  The International Instruments flowing from this Declaration must be taken into consideration by Public Servants, especially the Police.  One such International Instrument which ought to inform Police action in the arrest and investigation of Crime, is the 1979 United Nations Code of Conduct for Law Enforcement Officials.  This International Instrument constitute the Police themselves as defenders of Human Rights, and so, despite the menace which crime poses and the great threat to our security, we as a nation must ensure that criminals are not brutalized as it is wrong to treat one act of inhumanity (namely one individual committing a crime against another individual) with another inhumane act, committed by the Police.

In conclusion the U.D.H.R has enabled people the world over to enjoy 69 years of Universal Human Rights.  As we embark on its 70th Anniversary, December 10th 2018, the gains of those years must be protected by all nations and all peoples.  We in St. Lucia as part of the family of democratic nations, must through education, embrace a culture of Human Rights which is the foundation of peace and democracy.  We must all make the Human Rights values of respect, fairness, dignity, equality and tolerance part of our lives, let these values inform our actions towards one another.  Above all let Government be our model.  In the words of the Preamble of the Declaration (U.D.H.R):

“Every individual and every organ of society shall strive

by teaching and education to promote respect for these

On the eve of the 70th Anniversary of the U.D.H.R, as we look ahead, the world community faces new challenges which threaten to erode the gains made.  Individual demands are being made for rights which are not fundamental and which were not perceived in the Declaration (U.D.H.R) of 1948.  Those demands seem to usher in a “new generation” of rights.  Facing this challenge requires fortitude so as to enable a balance to be struck between maintaining the moral integrity of the society and the demand for new individual rights.  One example of which is the right to same sex marriage, the clarion call of the L.G.T.B community, legalized in the U.S.A and other developed Countries.  Another area of “new generation rights” is that of environmental rights.  Here to it is important also that a balance be struck between a people’s right to development and environmental rights protection.

In the sphere of promotion and observance of Human Rights and in recognition of the 70th Anniversary of the Universal Declaration of Human Rights (1948 – 2018), Government is urged to consider the establishment of National Human Rights Commission mentioned in the Report of the Commission on Constitutional Reform.  This is a necessary step considering the dysfunctional Justice System currently existing which impacts negatively on the dispensation of justice.  In addition such a Commission will ensure the reform of those Laws in St. Lucia, which currently conflict with International Human Rights Conventions ratified by St. Lucia.

Let us all put this year’s theme into action “#STAND UP 4 HUMAN RIGHTS” and take time on December 10th to reflect on the Human Rights values of Peace, Justice, Freedom and Equality.

established in 1998 in recognition of the 40th

Anniversary of the Universal Declaration of Human Rights