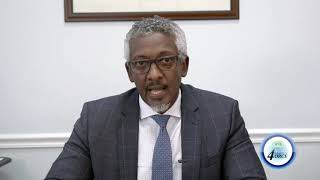 Attorney at law Mark Maragh has responded to the latest revelation by talk show host Richard Fredrick on the government’s purchase of seven acres of land at Anse Jambette. Maragh says that his company “gold star investments incorporated”, bought the two parcels of land in the Anse La Raye area, which are now being purchased by the government . The land was bought for 100 thousand dollars from the original owner chef harry, and is now being purchased by the government for 9.4 million dollars.