Members of the Artistic and Cultural community in Saint Lucia are due to hold another meeting on Saturday 29th July 2017 as they continue to oppose the decision by the country’s Government to relocate the National Cultural Centre and the offices of the Cultural Development Foundation (CDF) from their current site at Barnard Hill in the City and replace them by temporary premises for the Courts. 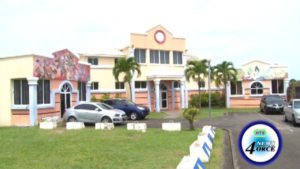 The meeting will take place at the CDF conference room at 5:00pm.

The Administration’s intention was first announced by Prime Minister Allen Chastanet in this year’s Budget Address and since then the artistes have been expressing their disagreement with it.

In an earlier Press Statement, they declared their grave concern and alarm over what they termed the Government’s unilateral decision to remove the centre for arts and culture from its thirty year old Barnard Hill home.

They have been holding a series of meetings to discuss their course of action and have appointed a coordinating group to represent them in talks with the Authorities. The group, which calls itself ACCT (Artistic and Cultural Community Team), has already met with the Board of Directors of the CDF and is seeking an audience with the Minister of Culture.

The position of the Artistic and Cultural Community is that the National Cultural Centre and the CDF offices should not be removed from their location but that instead, a long overdue cultural complex should finally be constructed there.

The Community is also of the view that the alternative site at Choc/Union being proposed by the Government for the Cultural Centre is totally unsuitable as it is prone to severe flooding and is adjacent to a pond/pool which has been expanding tremendously over the last sixteen years while its perimeter continues to collapse into itself.