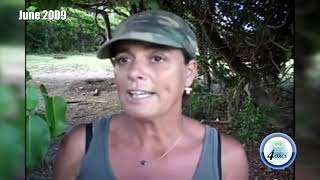 So what happened to the archaeological site at Cas En Bas. Just over a decade ago, the area was reportedly teeming with artefacts. As we told you last year, HTS NewsForce first reported on the find over eleven years ago in June 2009. Back then archaeologists unearthed the remnants of what is believed to be, a small village of the first inhabitants in Saint Lucia. The site at Cas En Bas is a time-capsule into the unwritten history of the original people of the region. We once again take a retrospective look at the original reporting on the sacred burial ground.