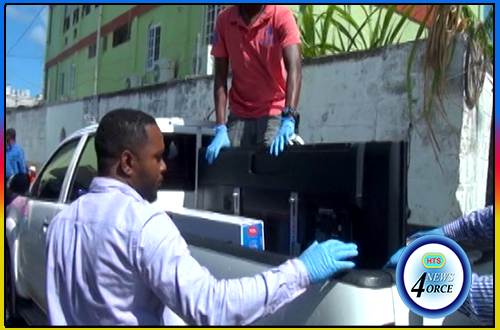 Furniture giant courts’ Chausee Road, Castries branch was again hit by bandits.
However, this time police recovered a number of the stolen items in an early morning raid.
Just over 3 weeks after thieves made off with television sets, computers and other electronic items, masked bandits broke into the flag ship store in the early hours of Wednesday, making off with lap-top computers and flat-screen televisions.